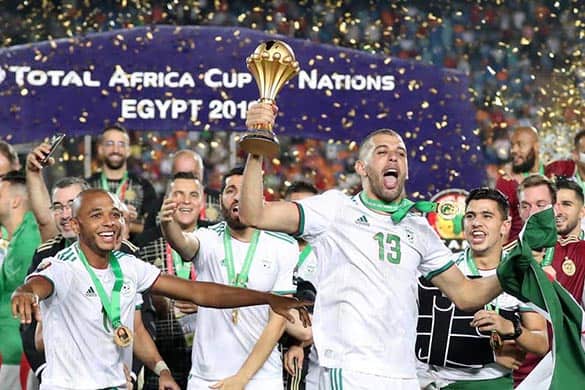 The African Nations Championship tournament is organized by the Confederation of African Football (CAF) which will be coming up 4 to 25 April 2020 in Cameroon, matches will be played across 4 venues (3 host cities) namely Yaounde the Capital city, Limbe and Douala. The competition will be featuring 16 teams from Africa which have all gone through the qualifying rounds according to the African region.

General information about the tournament

The African Nations championship (CHAN) is a tournament or competition in which the national teams predominantly feature football players who ply their trade in the domestic league of their home country. However, apart from European based African players, even players who play in other African leagues are not eligible to represent their home country in the championship. Meaning the idea behind Africa Nations Championship was the need to strengthen the domestic leagues in Africa, which have been overshadowed by the European leagues and as well as desire to revive national competitions which is regularly weakened by a mass exodus of top players who leave their home countries to play for foreign teams which will pay more and get them more media coverage. For example, considering the fact that only 74 out of the 368 players that featured at the 2015 African Cup of Nations were playing for clubs in their home country, the need for Africa Nations Championship (CHAN) is further appreciated.

In 11 September 2007, the Confederation of African Football (CAF) officially announced the introduction of CHAN at the CAF headquarter in Egypt, to be held every two years. The first edition was held in 2009 featured 8 teams namely Ivory Coast the host followed by Libya, Ghana, Senegal, DR Congo, Zambia, Tanzania and Zimbabwe. Democratic Republic of Congo made history as the first ever winner of Africa Nations Championship defeating Ghana two goals to nil (2-0) in the final. Intriguing, both teams had been in the same group (group B) where Ghana had defeated DR Congo three goals to nil (3-0). Host Ivory Coast finished at the bottom of Group A with just 1 point after they lost 3-0 to Zambia, 1-0 to Tanzania, before drawing 0-0 with Senegal.

The second edition of tournament was expanded from 8 teams to a 16 team format, which was hosted by Sudan in 2011. The hosts finished in third place, whilst Tunisia defeated Angola three goals to nil (3-0) in the final on February 25, 2011 to lift the second edition trophy. Though, the victory was significant for Tunisia as it came in the wake of the Tunisia Revolution which led to the Arab spring. Just like the first edition, both finalists had met previously in the group stage, although there was no turn around this time, as Tunisia and Angola had drawn 1-1 in their Group D encounter.

By the time the third edition of Africa Nations Championship came around in 2014, the tournament had gained recognition from FIFA and the matches were regarded as “A” games- full international matches to be reckoned with in the official FIFA rankings. However, Libya was initialed awarded the hosting right of the tournament, indeed civil unrest in the country at the time forced a deal to be rearranged which saw South Africa host it instead. Though, that was not enough to stop Libya on the field of play as their national team dramatically won the competition, defeating Ghana 4-3 on penalties after a goalless full 90 minutes and extra-time. For the third straight time in the tournament’s history, both finalists had previously met in the group stages and for the second time running, they had previously played out a 1-1 draw in their group match. Nigeria having failed to qualify in the two previous editions- finished third. Hosts South Africa was knocked out in group stage after many clubs had refused to release key players because the domestic league (PSL) was still running during the tournament. This made CAF review the tournament regulations with requirement that league in the host nation would not run simultaneously.

The fourth edition in 2016 the tournament had already grown a reputation for its social-political sub-plots after heroics of the Tunisia and Libya national teams. This edition was coming of age party in sporting context for tournaments hosts, Rwanda, who was still rubbing of scars of the 1994 genocide lost a lot of lives. They put up a good show, the climax which saw DR Congo winner of the inaugural edition making history again as the first country to win the title for a second time. They defeat Mali 3-0 in the final, and for the first time in the history of tournament, both finalists had not emerged from the same group. Ivory Coast finished in third place.

The African Nations Championship qualified teams is being grouped into 4 groups, which consist 4 teams in each group the top two teams in each of the four groups qualified to the quarterfinals stage of the tournament. After the draws have been held, while the teams are been seeded according to point accumulated during the qualifying rounds and the latest FIFA rankings of each country. 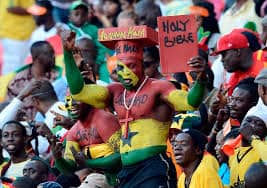 The African Nations Championship 2020 15 teams qualified for the 6th edition of the competition hosts Cameroon making it up to 16 teams. Though, the tournament was initially awarded to Ethiopia but the country EFF admitted of not ready to host the competition. The tournament is always been held in February, but it was later shift to April after major changes are made to all CAF competitions in the continent. The Host qualify automatic, while the qualifying process are zoned into six region of the continent, which includes North zone popularly known as North African countries, Western zone A (WAFU) countries from the western part of Africa, Western zone B as well and we have Central Eastern zone (CECAFA) as well as the Southern zone (COSAFA) respectively, each team will compete in a two legged home/away match according to they zone, and the qualifying process are determined on the basis of each aggregate score, if it is tied after the second leg away match, goal rule would be applied if still level then penalty shoot-out would be used to determined the winner (no extra time would be played). While two spot are awarded to each zone except for countries that has more than 6 teams in a zone are awarded 3 spot i.e. like the Western zone, Central zone and Southern zone respectively have 3 spot each to qualify for main tournament. Note: some countries do get bye to the proper qualifying rounds which are always being determined by CAF. The qualified teams for the April 2020 Nations Championship are as follows, host Cameroon appearance for the 4th time, Congo 3rd time, DR Congo the 5th time appearance and the only team to have won the competition twice, Rwanda 4th time, the fourth edition host, Tanzania 2nd time appearance, Uganda 5th time appearance, Morocco the defending champion 4th time appearance, Tunisia 3rd time appearance, a one time winner of the fourth edition, Namibia 2nd time appearance, Zambia 4th time appearance, Zimbabwe 5th time appearance, Guinea3rd time, Mali 4th, Burkina Faso and Niger making they 3rd time respectively while Togo making it first appearance.

Contrary to popular belief, betting can be extremely frustrating; some will say it’s a game chance and luck-although there is an element of luck in everything. But luck is not the only thing you need. Punters should know that successful gamblers know the basic rules to be successful, however, there are certain rules punters must follow before betting.

Research before you start with African Nations Championship betting 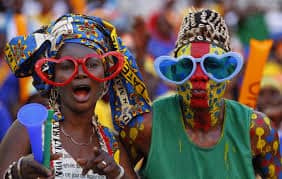 Rule number one is players should gather as much information as possible before wagering on bet. The information needed includes study statistics of a particular events player intends to wage bet on, head-to-head information about the event, team news will give you insight if there is injury problem as well as if any of the star man is rested, another one is motivation knowing if there is a form of moral booster before the event kicks off as all these information will give a psychological boost to choose on the most likely outcome of an event. Though, the essence of doing research before placing a bet is vital for punters. For example, in a football league match, the top team on log playing against the rock bottom team on the league table, we all know the rock bottom team is against all odds to loose the contest, but without a proper research the top team on the log could be having an important upcoming champions league match, there are chances their might rest top players for the match, while the bottom team might need a point for survival can be a dangerous tactic, or what if they head-to-head last 5 matches have all been draw, or if the top team on the log have not won against all the relegation threaten team. These factors can play a huge part in determine the outcome of an event.

Betting based on your impulse, betting with your heart, letting your emotions take over, and betting solely based on betting odds are not the best ways of placing bets are all sure-fire ways of loosing your hard earned money.

Impulse betting is when a punter wage on whichever matches available, regardless of not having knowledge of the teams involved. It’s something which many punters do, though, their win percentage from this type of betting will probably be low.

Betting with your heart means backing your own favorite team to win, regardless of the opposition team or form, whilst some punters may get lucky and win often if they support big team, those who support a average team or team struggling with relegation every year will lose more than they win.

Letting your emotions take over is a big no-no when it comes to betting. This is usually described as chasing your losses, when you are angry with yourself and frustrated after bet placed fails to win. You then wage more money on another bet you believe to be a banker, to try and regain your losses. This is a bad move and could quickly lead to empty balance in your online account or you’ll find yourself without money.

Betting based solely on odds is another mistake punters should never do. While small odds are favourites obviously have the best chance of being victorious, there may be circumstance factors which could weaken that chance.

Remain discipline or analytical and do not bet on a match unless you have gathered as much necessary information as possible. 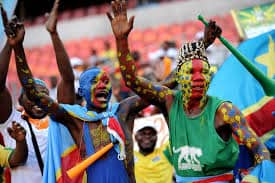 Keeping note of your wins and losses is vital can help you see how much money you’re loosing, and can help you reduce the way you gamble, on this record it is important to write down the type of bets you placed, amount staked, your potential winnings, and how much profit or loss you made from it also, you can have a notes aside which will help you in moving forward on which team let you down.

At the end of a weekend matches, every week or monthly depends on your time frame, you should tally up your result to give you overall profit/loss. For example, if you are suffering from constant loss on accumulator bets with hope of big return, maybe you should change the way you bet for the next period. You can also consider backing less team in an accumulator or placing single/double/trebles bets which will return small profits. You can then check if your overall profit has gone up, if you regularly see you are on profit side rather than loss, it will be an eye opener that the way you were previously betting was wrong and you should stick to your new approach.

Trivia about the tournament