Total goals/ Both teams to score 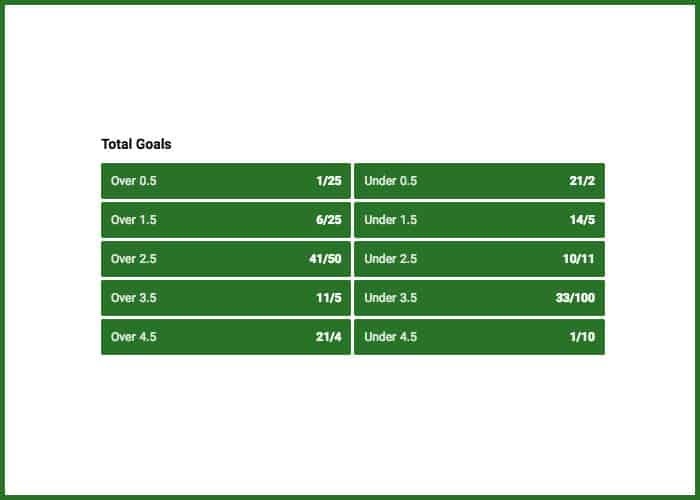 Ever heard of the trickiest and hardest bet in football betting? If not, get to know that this is among the hardest bets to predict in the world of sports betting. Even then, the complexity of this bet really pays good money to those who predict very well.

The bettor has to get the stats right else he/she will end up losing the bet. The statistics that the punter need to check involve the past encounters between the two teams playing; how they have been scoring against each other, the average number of total goals for the two teams, the current goal scoring form for the two teams, and the players or overall team motivation. When the punter gets all these details, it will be a great boost for them towards making the right decision.
When this market is added to the accumulator's bet slip, then the punter stands a chance of getting a huge payout out of just a few combined bets.

Whoever wants to place a bet on this market has to choose a league that has a high average number of goals scored. Those football leagues are mostly the likes of French Ligue 1, English Premier League, Spanish La Liga, Italian Serie A, German Bundesliga and the top competitions such as the UEFA Champions League, UEFA Europa League, English FA Cup, Copa Del Rey, Coupe de France and some more from the Europe region. The other leagues from outside Europe are not really that convincing especially when the punter wants to achieve the “both teams to score” target in his/her bet. Betting on the leagues that are outside Europe is somehow hectic when the goal count matters the most.

Remember, total goals is a non-refundable bet and thus as the punter, you have to take your time by going through your final findings very carefully before placing that bet.