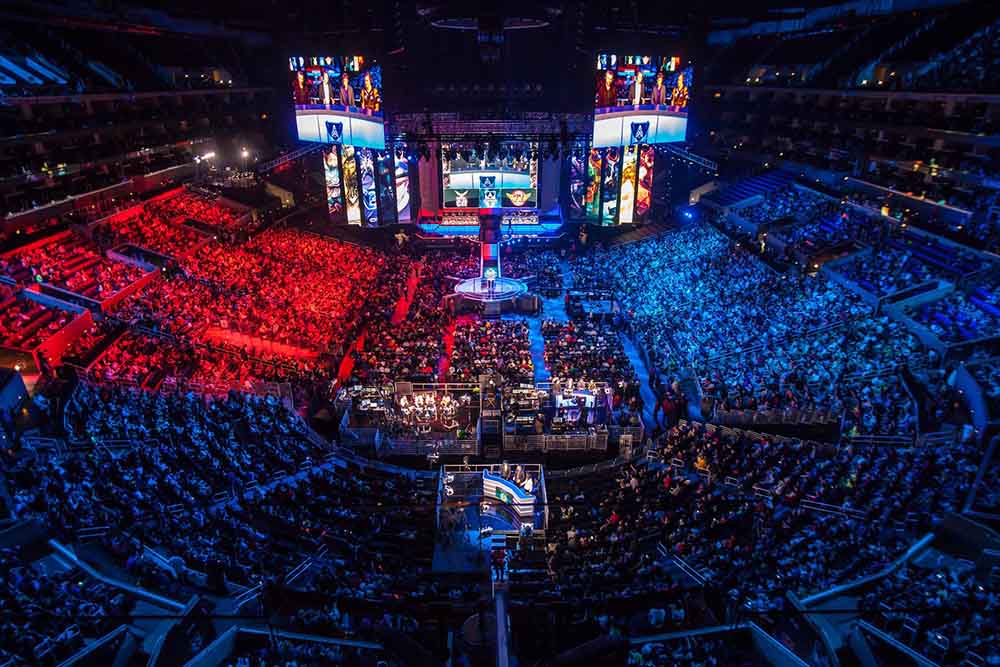 The exciting world of Esports!

Esports is growing, and fast! This is one of the most exciting developments there has been in years in the world of professional sport. And it’s safe to say that everyone in the esports betting community – both the bookies and the bettors – is getting seriously hyped about this burgeoning scene!

With numerous opportunities throughout the year to place bets on games and tournaments, those who aren’t yet involved in Esports are keen to find out what it’s all about. Those who do know a little about the sport already are now looking to extend their knowledge and to pick up professional tips and insights to help them increase their chances of winning.

What Esports can you bet on?

This is one of the biggest games out there and you may have heard it abbreviated to LOL. (Not to be confused with “laughing out loud” or “lots of love”!) Technically described as a multiplayer online battle arena (MOBA) game, what this one is essentially about is getting a whole load of players to create teams to annihilate each other on one big map! Released in 2009 by Riot Games, there are numerous tournaments you can bet on, from the World Championship to the League of Legends Championship Series and the European Masters.

Dota is short for Defense of the Ancients and this is the second game in the series. Another MOBA game like League of Legends, this one is renowned for its complexity. There’s always big prize money for the teams with this game and it is famous for its major competition titled simply The International. This has been going since 2011 and involves 18 different teams!

This multiplayer first-person shooter is a very different beast to the two games above. Instead of being set in a fantasy world, it prides itself on its realism and involves soldiers, terrorists, contemporary weapons and plenty of war-torn landscapes. Check out the Counter Strike: Global Offensive Major Championship, also known simply as Majors.

Fortnite really took off in 2019, with everyone from young children to major celebrities getting in on the action. Another multiplayer first-person shooter, this one involves more of a fantasy element than Counter Strike: Global Offensive. In Fortnite Battle Royale, players parachute into the arena and construct fortresses as they go, aiming to be the last survivor of the 100 players included in each game. Look out for the Fortnite World Cup, an exciting pro event that includes both an individual and a team competition. 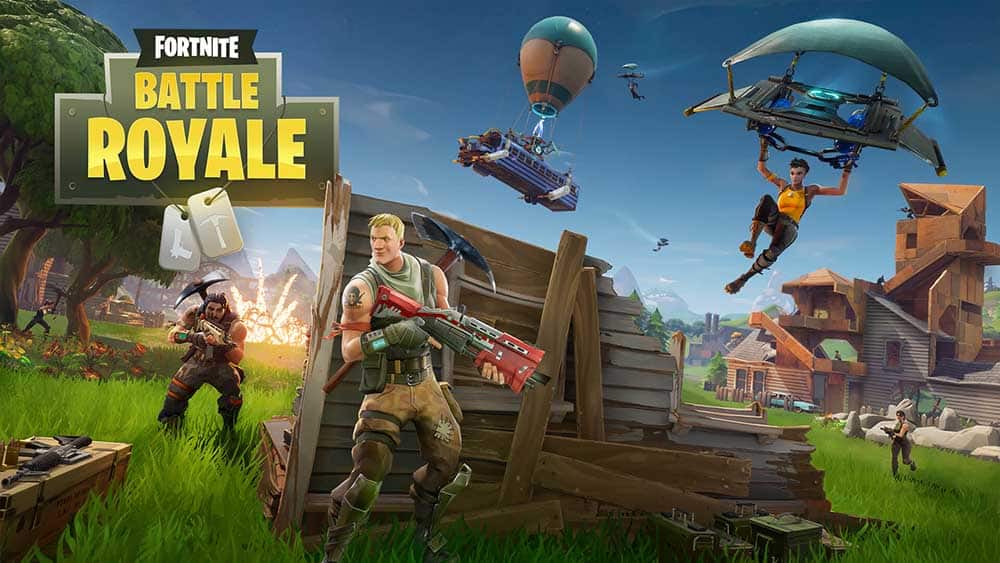 Fortnite became a gaming phenomenon in 2019!

StarCraft II: Wings of Liberty is a real-time science-fiction strategy game that is regarded by many as a gaming masterpiece. Involving humans and two other species, the Zerg and the Protoss, the Starcraft franchise has a very dedicated following. Very notable is the Starcraft II World Championship Series, which is hugely popular and now well established, having been founded back in 2012.

Another title from Blizzard Entertainment, the company behind the above game, this one offers quite a different experience to StarCraft. Rather than a strategy game, this is a team-based multiplayer first-person shooter. Set sixty years in the future, at the root of this game is the classic science fiction rise of the machines scenario. If that sounds appealing, then look out for the OWWC. This is the Overwatch World Cup, an annual, international competition that has been running since 2016.

Different bets you can make on Esports

As with more traditional sports, there are different types of bet that you can make within the field of Esports. You might like to pick just one of the below and specialise, or you might prefer to mix and match.

This is just your classic type of bet in which you pick which team or player you think is going to win. The appeal is that it’s timeless and incredibly simple – ideal if you’re getting started with betting on Esports. For help understanding odds, check out our guide.

Sometimes, a bookmaker will place a handicap on a particular player or team to win. This gives you, as the bettor, the opportunity to win if and only if the team can overcome their handicap.

This is another nice, simple sort of bet that works well in Esports. You first make a decision about which team or player you think will win an entire tournament. Then, you watch with bated breath, round after round, to see how they fare and if they make it all the way! For help understanding outright bets, check out our guide.

The clue is in the name with this one – it’s all about betting on the total number of times that something will happen in a game or tournament. For instance, it might be the total number of headshots made in a first-person shooter. If you bet on the right total, you win.

This is a fun type of bet that allows for a bit of creativity. A typical specialist bet in Esports would be something like the first team to get ten kills. Another example would be a first blood bet, which is the first player to cause damage to another player or to get a kill.

Tips for betting on Esports

Just as with traditional sports betting, analysing form is very important when it comes to making accurate predictions about how the action will unfold. Using an online resource such as Twitch lets you watch team performances from past competitions and keep up to date with recent performances. Knowing if a team is on good form at a particular time is crucial if you’re going to bet money on them.

If you’re interested in making a bet on an individual player, you can get really stuck into your research. Remember that the more information you have, the better! Scour the web for information and keep an eye out for those great videos you sometimes find that explore player training regimes and even reveal players’ workouts and diets! (You might not think it makes much of a difference for Esports because they’re not physically demanding in the way that, say, boxing or rugby are. However, they do matter because they affect energy levels, stamina and the ability to stay composed and concentrated over time.)

Last-minute substitutions can change everything! Remember that teams in Esports, just like teams in traditional sports, will often have a great depth of talent. They’ll have various player options going into competitions and the particular choices that get made can have a huge effect on the final outcome of a match, or indeed an entire tournament. 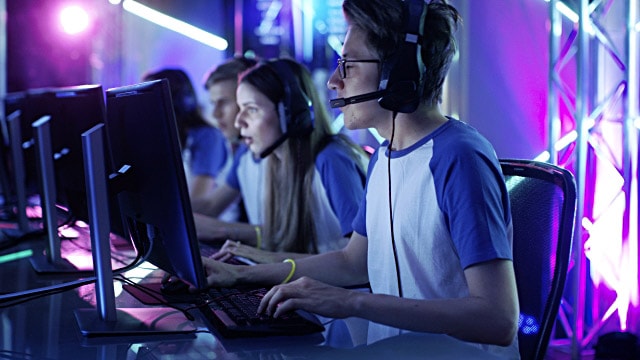 Always check those rosters before placing your bet – the final team line-up makes all the difference.

Playing the game yourself

This is a fun tip! It’s not every sport that lets you participate to get an insight into how it works and to learn its secrets. You can’t exactly get into an F1 car and drive around Monaco to get insights into a race; however, you can easily download, say, Fortnite to get a better grasp of the game, to learn the maps and to figure out the tactics that the pros will be likely to use. If you know the game inside out, your predictions are going to be far more accurate and you’re more likely to win those bets.

Always be careful about trusting the favourites in any given competition. Since Esports is a young field and the talent is developing thick and fast, there’s really little certainty here. Equally, be cautious when it comes to completely new teams. Yes, they could do something amazing and surprise everyone, but if you’re putting your money on the line, you really want to be able to check out the team’s form first so you can see what you’re dealing with.

There are hundreds of sportsbooks to choose from these days and we know it can be pretty overwhelming trying to work out who is best. When it comes to betting on Esports, the following bookies are great choices:

For more sportsbook choices, you can check out our list of the best bookmakers on the web.

Did you know that…

So we’ve checked out the Esports scene and covered the different games you can bet on, the different types of bet you can actually make and the best bookmakers to place your Esports bets with. We’ve also looked at some top tips and we’ve got a little inspiration from some fascinating Esports facts. So now you’re up to speed, why not try and win big in this exciting new field and place an Esports bet today!